The end of days…

The realist in me understands that these are the end of days for the New York Yankees.  It is merely a time formality for them to be mathematically eliminated.  A recent 5-game skid has almost assured the Baseball Gods and those twin sisters at Yankee Stadium, Mystique and Aura, that there will be no October baseball in the Bronx.  Realistically, I do not  believe the Yankees have a chance to catch the Detroit Tigers or Kansas City Royals as either one of those teams should capture the second Wild Card behind the Los Angeles Angels.

What does this mean?  Honestly, I think that Brian Cashman’s tenure as GM has reached its conclusion.  While I’ve enjoyed Cashman as GM, I recognize that it is time for change.  Assistant GM Billy Eppler, a finalist for the San Diego Padres GM job that he lost to A.J. Preller, is a top candidate and my personal choice as a successor.  I would prefer Eppler, who knows and understands the inner workings of the Yankees kingdom, as opposed to an outsider that would have a learning curve.  Eppler is respected and he’ll have the support of the Steinbrenners from Day 1 given his history with them.

This Yankees team is old and I don’t know what they can do in the short run to turn things around.  In many ways, they should have been sellers at the trading deadline to bring an infusion of youth into the organization.  The Yankees have talent at the lower levels of the minor leagues (man, am I looking forward to the day that OF Aaron Judge takes the field) but the higher level prospects have largely been a disappointment.  While I am hopeful that 2B Rob Refsnyder gets a sniff of Yankee Stadium in September, it is P Manny Banuelos that I am most interested in.  Once touted as the top pitching prospect in the organization, I still think Banuelos can deliver the goods now that he is healthy.  Hopefully, he is able to make a statement in September to convince the team that he is ready for 2015.

What does it mean? The return of CC Sabathia leaves little to be excited about as he showed nothing to disprove he is aging fast prior to his injury.  Hiroki Kuroda will finally head for the shores of Japan, whether it is to retire or to play one last season in the Japanese leagues.  So, the Yankees will enter 2015 with plenty of questions in the rotation.  Masahiro Tanaka should be the opening day starter, but he’s still just an elbow blowout from Tommy John surgery.  Shane Greene has proven he belongs so I am confident that he’ll be part of the rotation.  Michael Pineda is in the ‘show me’ stage of his career.  It’s time for him to stay healthy and produce.  If he is capable of doing that, he’ll be at the upper echelon of the starting rotation.  If not, he’ll go by the wayside, ala Carl Pavano.  Ivan Nova, I have no clue.

What really makes this down season so bad is that next spring will be met by Alex Rodriguez.  I really hope that the Yankees find a way to sever ties and ensure that A-Rod never wears pinstripes again.

“Please, don’t worry so much. Because in the end, none of us have very long on this Earth. Life is fleeting. And if you’re ever distressed, cast your eyes to the summer sky when the stars are strung across the velvety night. And when a shooting star streaks through the blackness, turning night into day, make a wish, and think of me. Make your life spectacular.” – Jack

I know that this is a sports blog but I’d be remiss for not acknowledging the tremendous impact that Robin Williams had on me during the course of my life.  From Mork and Mindy to the many movies that Robin starred in, he made a difference.  His comic genius was unlike any other, and he took to any role and embraced it.  For someone who brought so much joy and happiness into so many lives, it is unfortunate that he was unable to do so for himself.  This has been a tough year with celebrity losses, with actress Lauren Bacall being the latest example, but Robin Williams is a star that will continue to shine brightly.  I hope that he found what he was seeking in his fatal decision, but it’s a given that he’ll never be forgotten.  Thanks Robin, we appreciate you, we love you, and hope that you’re the life of the party at the divine afterlife. 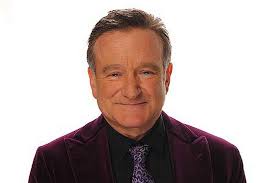