Star Shortstop to undergo TJ surgery on his elbow…

My words yesterday morning didn’t age very well. I had said that shortstop was firmly set, yet here we sit today searching for Plan B at the position. I was as surprised as anyone to hear yesterday after my post that Didi Gregorius needed Tommy John surgery on his throwing arm after an apparent injury suffered during the recent ALDS against Boston. When Didi was acquired from the Arizona Diamondbacks, he apparently had a partial tear in the elbow that was asymptomatic. In a way, we’ve probably been living on borrowed time, much like we are with Masahiro Tanaka. While Gleyber Torres was able to bounce back fairly quickly from the same surgery, his surgery was on his non-throwing arm so the rehab for Didi will be longer than it was for Gleyber. Some have said that Didi could be out until after the All-Star Break. Plus, there are no guarantees with the surgery.

For those of us still trying to recover from the disappointment of losing the ALDS, these were not the words we wanted to hear. The immediate option is to slide Gleyber to short and play someone like Tyler Wade at second or re-sign Neil Walker to do it. Daniel Burch, the fearless leader of The Greedy Pinstripes, has cited second baseman D.J. LeMahieu as someone the Yankees could pursue. LeMahieu, who helped the Colorado Rockies reach the NLDS before their ouster by the Milwaukee Brewers, will be a free agent after the season. I think most Rockies fans would prefer for him to stay in the Mile High City. Some have mentioned him as a possible solution at third for the inevitable departure of the Rockies’ great third baseman Nolan Arenado, who will be a free agent after the 2019 season. I like LeMahieu but I am not sure he’s the best solution for the Yankees. Sometimes it takes a while for an idea to warm up for me, so if the Yankees do sign LeMahieu, maybe I’ll come around. Credit to Daniel for his “outside the box” thinking. 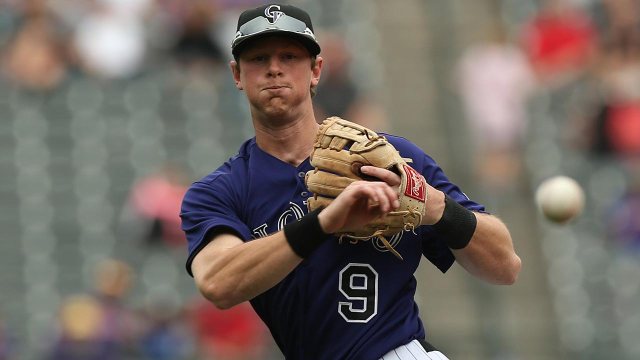 The obvious answer, for me, is to sign Manny Machado to play short until Didi can return, then slide him to third, pushing Miguel Andujar to left (or trade Andujar for much-needed pitching). I wanted Manny before the announcement of Didi’s surgery yesterday so this only reinforces the desire. Manny was 2-for-4 and had a homer and 3 RBI’s last night for the Los Angeles Dodgers in their 6-5 loss to the Milwaukee Brewers. Manny was the lone star on a night Dodgers catcher Yasmani Grandal tried to do his best Gary Sanchez impersonation with two passed balls and a couple of errors.

I am worried about the future of Didi Gregorius. He is scheduled to be a free agent at the end of the 2019 season. Facing a potentially lost season, it’s not outside the realm of possibility the Yankees decide to move on. I personally hope the surgery does not prevent the team from looking into a long-term deal for the Yankees shortstop. I wouldn’t wait until next November to discuss dollars with Didi’s agent. The time is now. I would prefer Didi is not facing the pressure of playing for a new contract when he returns next June or July.

It was funny when GM Brian Cashman mentioned Sonny Gray during yesterday’s press conference. I didn’t reference Gray at all in my post yesterday which shows how much I’ve moved on from the guy. I’ve been absolutely convinced that he cannot pitch under the pressure of New York, and Cashman reaffirmed it when he said that “probably to maximize his abilities would be more likely best somewhere else”. Cashman had to back-pedal a little but it was only because he needs to protect potential trade value for Gray. Gray is as good as gone, and I am glad. I think he’ll prosper someplace like Pittsburgh or Milwaukee or even back in Oakland. But he was never going to be “the man” in New York. It happens. Just ask Ed Whitson or Javier Vazquez. New York is not for everybody. I do not wish any ill will toward Gray. I hope he goes on to have a very fine career…in a different uniform. 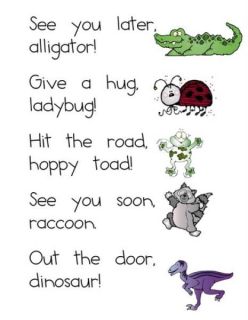 It was also revealed CC Sabathia had surgery on his right knee, but realistically this is just an annual thing with Sabathia at this stage of his career. It should have no  bearing on whether or not the Yankees try to lock up CC on another one-year deal. Sabathia is expected to be ready next Spring, regardless of whether he is in Tampa, FL for training camp or elsewhere.

Former Yankees manager Joe Girardi interviewed with the Texas Rangers yesterday for their open managerial position. I could see Girardi in Dallas/Fort Worth. I’d probably prefer to see him resume his managerial career in the National League but if he was to go anywhere, the Rangers are fine. It’s better than seeing Girardi show up in the AL East with Baltimore or Toronto.

While I wish Girardi the best, I don’t look back and wish he was still the Yankees manager. In an interview yesterday, Yankees Managing General Partner Hal Steinbrenner said that the decision to move on from Girardi was years in the making. I trust Yankees Leadership for the reasons they felt a change was necessary. I remain supportive of Manager Aaron Boone, but I am slightly disappointed that the team intends to stand pat with the coaching staff. I think Josh Bard will be an improved Bench Coach in 2019 unless he snags a managerial gig before then, but probably the one position I’d look closely at is pitching coach. Larry Rothschild is revered as one of the best pitching coaches in the game, yet when a Yankees pitcher makes an adjustment that results in success, the player compliments are generally directed at other guys like Pedro Martinez or Andy Pettitte. I’ll use Hal Steinbrenner’s words from yesterday, “look, I am not a baseball guy”, but from afar I really haven’t been all that impressed with Rothschild. It’s very possible that I don’t know “shit from Shinola” on this topic but it’s just a casual observation from a fan. I can’t really recall a time when I heard a pitcher say that their success is attributable to Larry. Maybe it’s been said and I just haven’t heard it.  Whatever. When Mel Stottlemyre, Sr was the Yankees pitching coach, you clearly knew the impact he had on the pitching staff. I just don’t have that same confidence with Rothschild.

Adeiny Hechavarria is a pending free agent, but I hope the Yankees find a way to bring him (and his glove) back. I know that everyone loves Ronald Torreyes, but I’d prefer the defensive wizard in Hechavarria over Toe even if it means the team parts ways with Aaron Judge’s little buddy. With Didi shelved, the Yankees could certainly use the defense lost with his absence.

I guess the Yankees will be giving us blog writers plenty to write about this winter. Never a dull moment in the Bronx. As long as it culminates in a World Series championship next year, all is good.