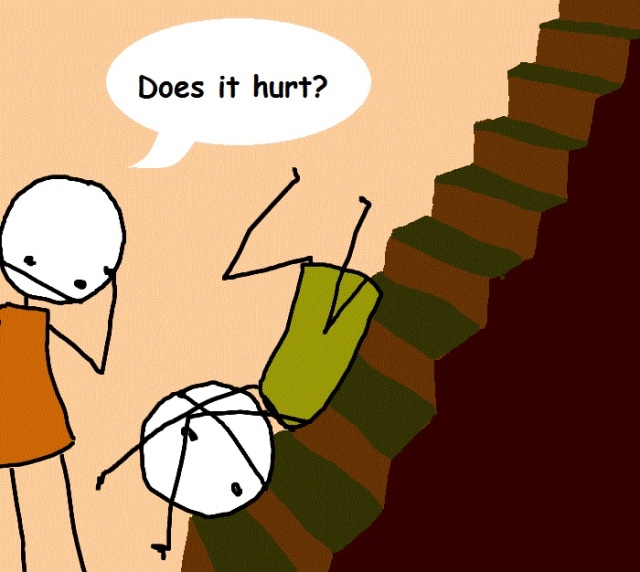 Yankees fall to the lowly Mets in Series Opener…

Well, that was disappointing. I can’t say I met the news the Yankees would start Domingo German and Sonny Gray to open the second half with great optimism. Still, I had hoped for a better performance from German on Friday but it was not to be. From the time German walked the lead-off hitter with four consecutive balls to start the game, it felt like it wasn’t going to be his night.

The Mets had a 3-0 lead before the Yankees had even come to bat, and German was headed for the showers after 3 2/3 innings and four runs. He somehow made the pathetic Mets offense look like a juggernaut. The Yankees tried to rally but the hole dug by German and reliever Adam Warren was too great as the Yankees fell to the Mets, 7-5. German’s season record dropped to 2-6 with the loss, paired with a 5.68 ERA. After the game, German was given a ticket to catch up with the Scranton/Wilkes-Barre RailRiders in Columbus, Ohio to work on his mechanics. I can’t say that I am sorry to see him go.

This really underscores the inability of GM Brian Cashman to secure much-needed reinforcements for the starting rotation. We’ve known for a long time the team needed help. I know Jordan Montgomery’s Tommy John surgery was unforeseen but Cashman was openly talking about the need for another quality starter last winter (an obvious need that everyone saw). German and Jonathan Loaisiga may turn out to be great middle-of-the-rotation arms but for a team in contention, we don’t have the luxury of learning with their bumps and bruises. Last start excluded, I don’t think anyone thought Sonny Gray would be this bad and that has magnified Cashman’s inability to find adequate help. If the deal-breaker to acquire former Pittsburgh Pirate Gerrit Cole last winter was Clint Frazier, it was a huge error on Cashman’s part.  Cole (10-2, 2.52 ERA for the Houston Astros) would look great in the Yankees rotation right now.

After last night’s game when German was demoted, manager Aaron Boone said Luis Cessa would make German’s next start. The Yankees were expected to temporarily call up a reliever until it was time for Cessa to make his start and today they promoted Domingo Acevedo to take German’s spot. Acevedo, a starter for Double-A Trenton, is expected to provide long relief for the Yankees until it is time for Cessa to make his start. He provides Boone with another power arm in the pen for now. I think Acevedo’s long term future is the bullpen so this is his moment to impress.

Cessa pitched fine his last time out for the Yankees but I am starting to join the crowd that wants to see top pitching prospect Justus Sheffield. I don’t think Sheffield will be a starter for a pennant-chasing team as we head toward the stretch run, at least not this year particularly given he’ll be bumping up against an innings limit, but I am intrigued to see what he can do.  It can’t be any worse than German has already given us. The downside with the promotion of Sheffield is the need to create room on the 40-man roster, which is not a factor for either Cessa or Acevedo. The Yanks have to place Sheff on the 40-man roster prior to December’s Rule 5 Draft, but that’s a move for later.

Prior to yesterday’s game, the Yankees recalled infielder Brandon Drury to fill the spot vacated when they optioned Clint Frazier to Triple A prior to the All-Star break. By spend ing more time in the Minors, the Yankees secured an extra year of control on Drury. I hope he’s here to stay. It remains my opinion that I’d be very comfortable with Drury at third should the Yankees find it necessary to include Miguel Andujar for a top starting pitcher. Andujar is a very nice young player but there’s no doubt this team’s greater need is starting pitching.

The Yankees apparently lost out on reliever Brad Hand when they refused to include Andujar in a potential trade with the San Diego Padres before he was dealt to the Cleveland Indians. As much as I would have liked to have given the bullpen a Hand, I agree if Andujar is moved, it should be for a top starter (not guys like Cole Hamels or J.A. Happ) and certainly not for relievers. I really like Baltimore’s Zach Britton but Andujar should not be part of the discussion despite the O’s obvious need for a third baseman now that Tim Beckham has moved back to short.

Drury is penciled in to play second base today against the Mets and Steven Matz. The two ribbies last night by Neil Walker was nice but I’ll gladly take Drury over Walker any day of the week. “Yankees DFA Walker” remains the headline that I am most anxious to see. Well, maybe “Yankees acquire elite starting pitcher…” but the elimination of Walker is not far behind.

The most painful aspect of last night’s loss was the win by the Boston Red Sox. The Red Sox made a solo first inning run hold up in the 1-0 victory over the Detroit Tigers behind former Tiger David Price. The win allowed the Red Sox to increase their lead in the AL East to 5 1/2 games. If the Yankees can’t shake this tailspin, the Red Sox are going to run away with the division as they’ve shown no signs of losing anytime soon. The Red Sox continue to show that they can do what the Yankees cannot, beat the teams you are supposed to.

Gary Sanchez, who struck out to end the eighth inning last night with the bases loaded, remains a disappointment.  His batting line stands at .191/.289/.428. Entering the season, I felt Sanchez was the Yankees best hitter but clearly I was wrong. I saw one random Twitter post suggest the Yankees should include Sanchez in a trade for Jacob deGrom and then swing a deal with the Miami Marlins for their catcher, J.T. Realmuto. A few months ago, I would have laughed at the thought but today it is one that gives you pause. I remain hopeful that El Gary starts hitting like 2017 and there’s still time. We need his bat.

Manny Machado’s debut with the Los Angeles Dodgers was a successful one. He singled in his first at bat against the Brewers at Miller Park in Milwaukee, and finished the game with two hits and a couple of walks. The Dodgers used a three-run homer by Kike Hernandez to hold off the Brewers for a 6-4 win to make Machado’s first game as a Dodger a winning one. Machado was met with boos from the Milwaukee crowd. Milwaukee had fallen short in their quest to acquire Machado. As if it was Manny’s fault Orioles GM Dan Duquette made the decision to send him to sunny LA rather than the Beer Capital of the World. I enjoyed how seamlessly Manny fit in with the Dodgers on his first day, but I’d be lying if I didn’t say that I hope he doesn’t like it well enough to prevent him from signing with the Yankees in the off-season.

When it was speculated that Manny had chosen #8 with the Dodgers out of respect for Orioles great Cal Ripken, Jr, he should have run with it even if it wasn’t the case. 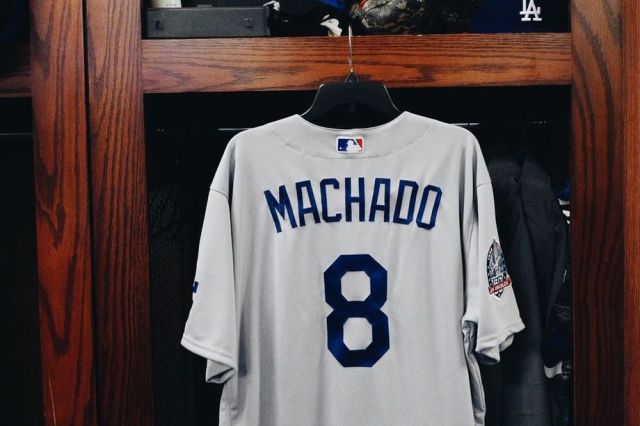 During his press conference for his Dodgers introduction, he stated that he was a fan of Los Angeles Lakers great Kobe Bryant (even has a dog named after him) and chose the number for Kobe. I know that Kobe won more titles with #8, but I tend to remember him as #24. Machado also stated the number 8 was symbolic of “new beginnings”. Orioles fans are grieving about the loss of Machado and I think it would have been very soothing for them to hear that he had chosen the number for Ripken rather than Bryant. But on the other hand, you can’t blame Manny for wanting to turn the page. Hopefully he’ll be turning the page on the Dodgers in a few months and making plans for finding a new home in Manhattan.

I remain hopeful Brian Cashman surprises us all with a golden stealth move to strengthen starting pitching and help give the Yankees the necessary weapons to take down the Boston Red Sox. We’re ten days away from the non-waiver trading deadline so there’s time. Personally, I am feeling the urgency, especially considering starts like German last night, but I am optimistic that Cash will not let us down. There is too much potential for the 2018 Yankees to let it slip away.

Sonny Gray, please man up today. I know you’re pitching at Yankee Stadium, a venue you do not seem to appreciate if your pitching stats are any indication, but today is a new day. And these are the Mets. Just win, that’s all I ask.