Backed by uncharacteristic run support (at least for him), Sonny Gray finally pitched on Sunday like the guy who was an ace in Oakland. We’ve seen few glimpses of that guy since he became a Yankee last July. I know, it was against one of the worst teams in the American League but it was a great Sonny Gray start. For a game anyway, this warrants a ‘Sonny Gray DOES NOT suck’ from me. 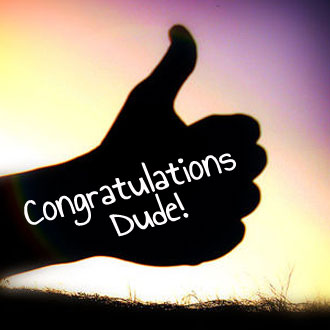 As you know, I am quick to criticize Gray so I owe it to him to recognize a wonderful performance. Gray (3-3) pitched eight innings, holding the Kansas City Royals to four hits and a single run. He didn’t allow the run until the eighth inning when he was starting to tire. He walked a batter and struck out five in the 10-1 victory. The four homers, including two by Tyler Austin, were fantastic but there was no doubt Gray was the star of this game.

A.J. Cole, in a rare appearance, pitched a clean ninth inning. Sure, he had a big lead but ask the Miami Marlins about holding a big lead in the ninth inning. They had a 9-4 advantage Sunday against the Atlanta Braves (a team many are starting to liken to the 2017 Yankees) and had Brad Ziegler on the mound to close it out. Six runs later, the Braves walked off the field a winner. So, I try to never underestimate a mop up role like the one Cole faced.

Now for the home runs. Tyler Austin is making a very convincing case to stay with the Major League club despite the impending return of Greg Bird. I’ve felt all along Austin is the most susceptible for a demotion to Triple A to make room for Bird. Even with his two home runs on Sunday, I still think he’ll be the odd man out since he has options remaining. The Yankees aren’t getting rid of Ronald Torreyes and I don’t see them cutting bait with Neil Walker. Randy Miller of NJ Advance Media speculated this morning that the Yankees will DFA Walker and trade him for a minor leaguer to use the remaining balance of his $4 million contract at the trading deadline (in addition to the space they already have) to open a spot for Bird. I suppose he may be right but I have liked the versatility Walker brings and he has hit better of late. But I have to admit that a tandem of Bird-Austin at first base is a bit scary (in a good way).

Miguel Andujar and Austin Romine tacked on solo homers in the ninth which did more to help their personal statistics than the team’s result.

Yankees Twitter was aghast before the game when the lineup was posted. Many had expected to see Gary Sanchez at DH, Didi Gregorius at short, and Clint Frazier in left. Instead, Giancarlo Stanton was the DH, Brett Gardner in left, and Ronald Torreyes was the shortstop for the second day in a row. I understood the move with Sir Didi who is mired in a 1-for-45 slump. Nothing against the great Brett Gardner, but I would have preferred to see Red Thunder in left. But at the end of the day, it didn’t matter. The Yankees cranked out fourteen hits with Aaron Boone’s lineup to power the offense.

Nice job by Austin Romine. During the off-season, so many Yankees fans (maybe even me) wanted the Yankees to sign Alex Avila to replace Romine as the backup catcher. Yesterday, Romine had perhaps his greatest game as a Yankee. He was 3-for-5 with two RBI’s. He had a run-scoring single in the fourth inning in addition to the ninth inning dinger. It’s worth noting that Romine is batting .326 in 48 plate appearances with the homer and nine RBI’s, while Avila is only batting .132 with two homers and four RBI’s in nearly twice as many plate appearances and has opened the door for more playing time for former Yankee John Ryan Murphy with the Snakes.

It was great to see the Yankees dominate two consecutive games against the lowly Royals after Friday night’s disappointing loss. It had been a very tough week for the Yankees with the rainouts in Washington, D.C. It was not surprising they played sluggishly in their only loss in the Royals series, but I was glad to see that it lasted only one game before they were back in expected form.

The lone disappointment yesterday was the option of outfielder Clint Frazier to Triple A after the game. I know, it was inevitable. It was a numbers game and Frazier is better served by playing every day for the Scranton/Wilkes-Barre RailRiders. He’ll head to Pennsylvania and await the next call to Yankee Stadium. It’s not what you want (to borrow Joe Girardi’s line), but Frazier is only an injury away from returning.

The Yankees now head to Dallas/Fort Worth to face the Texas Rangers. The Rangers have under-performed this year (18-30) but they are generally a handful for the Yankees. The first two games of the series feature Yankees Past and what could be Yankees Future. Today, the Yankees will face a former Yankee in the ancient Bartolo Colon while Tuesday features 2009 World Series foe Cole Hamels, whose name has been mentioned as a possible trading deadline candidate for the Yankees. There are other trade candidates I’d like to see over Hamels, but he is a proven veteran arm. After the Yankees finish the three game series in Texas, they’ll head back to the Bronx to meet up with Shohei Ohtani and the Los Angeles Angels of Anaheim in a series that starts Friday night.

David Hale just keeps coming back like a bad penny. I really thought we’d seen the last of Hale when he was designated for assignment for the second time this year by the Yankees. When he elected free agency after his most recent DFA, I felt sure he’d go elsewhere. It was not to be as Hale signed another minor league deal with the Yankees and will head to Scranton, PA to join the starting rotation for the RailRiders. His addition led to the release of former Yankees prospect Daniel Camarena. I had hoped for better results from Camarena who had been re-acquired from the Chicago Cubs earlier this year after signing a minor league free agent contract with the Cubs in the off-season. But a 2-3 record and 5.08 ERA (44 hits and 20 walks in 39 innings) led to Camarena’s second exit from the organization. I wish him the best with his next opportunity.  It’s unfortunate he was unable to realize his dream in Pinstripes.

Speaking of the RailRiders starting rotation, their latest addition (besides Hale) is prospect Erik Swanson. Swanson’s name hasn’t really been mentioned much since he was acquired in the trade that sent Carlos Beltran to the Texas Rangers a couple of seasons ago. Dillon Tate was the more highly regarded name in the trade, but Swanson is the minor league pitcher of the moment. The guy has been sensational in Double A this year. The 24-year-old righty started six games for the Trenton Thunder, winning five with no defeats. He has given up a paltry two earned runs in 40 2/3 innings (0.44 ERA) while striking out 52. He has only allowed 12 walks. The superb performance led to his recent promotion to Triple A. In an organization with so many talented young prospects, Swanson has illuminated his name.

The Yankees did so well with the 2016 trades of Aroldis Chapman and Andrew Miller, they are generally recognized as the trades that highlight the genius of GM Brian Cashman. Nevertheless, the returns for Beltran (namely Swanson and Tate) and Brian McCann (Albert Abreu and Jorge Guzman, who helped bring Giancarlo Stanton to New York) were spectacular.  Cashman and Company were certainly well prepared when they made those “under-the-radar” trades that opened roster space for younger, more talented players.

Unfortunately, the Boston Red Sox keep winning so the Yankees and Sox remain tied atop the AL East although the Yankees (30-13) continue to hold a slight advantage in winning percentage.  New York is at .698 while the Red Sox (32-15) are .681.  Boston is off today so the Yankees could pick up a half-game to take sole possession of first place or they could lose to fall into second place.  With 119 games to play, I suppose it does not really matter either way in the grand scheme of things but I always prefer to see the Red Sox in the rear view mirror.