On Tuesday, the Yankees faced baseball’s oldest player and a former Yank.  With a 2-8 record and 8.14 ERA for the Atlanta Braves, Bartolo Colon looked to be a feast for the young Baby Bombers.  But after he shut down the Yankees in the first inning like a young ace, I had fears that Colon was going to be  a master, for one night, against the Yankees.  Fortunately, he wore down quickly and the Yankees got to him in the fifth inning to rally for the victory over the Minnesota Twins.

Admittedly, it was a little hard to focus on the game as rumors were swirling about the Yankees potential acquisition of Todd Frazier, David Robertson, and Tommy Kahnle from the Chicago White Sox.  The trade became official after the game but more on that later.

I like Yankees starter Luis Cessa and he’s done well at Triple A.  But for whatever reason, it just has not translated at the Major League level for him…yet.  It felt like it was going to be a long night when Colon breezed through the top of the Yankees batting order in the first inning including a strike out of Aaron Judge.  Cessa, on the other hand, struggled out of the gate.  He walked the first two batters and hit Miguel Sano with a pitch to load the bases with only one out.  After getting Max Kepler to pop out, Cessa walked Robbie Grossman to give the Twins the early 1-0 lead.  Fortunately, Cessa struck out Eddie Rosario to prevent any further damage.  One run on no hits…not exactly how you want to start a game.

Cessa walked the first batter of the second inning but settled down to retire the next three batters.  With the Yankee offense still unable to get anything going against Colon, the Twins added to their lead in the third when Miguel Sano homered to center (a solo shot into the bullpen).

The Yankees finally got on the board in the top of the 4th.  Aaron Judge opened the inning with a single to left.  Didi Gregorius hit an infield grounder to third that was deflected off Colon for a single.  Clint Frazier hit into a force out that erased Gregorius at second but Judge advanced to third.  Chase Headley singled to center, past a diving Brian Dozier, to bring home Judge and it was 2-1 Twins.

The Twins got the run right back in the bottom of the inning.  Jason Castro hit a one-out double to the right field wall and Brian Dozier hit a fly ball that nearly went out of the park, bouncing off the upper part of the scoreboard area on the right field fence, as the Twins regained the two-run advantage, 3-1.  Cessa was able to retire Zack Granite on a ground out, but the Yankees brought in Chasen Shreve to secure the final out, a ground out by Joe Mauer.

The 4th inning had showed the Yankees were finally starting to make progress against the ancient Colon but the 5th inning showed why Colon is no longer an Atlanta Brave.  Ronald Torreyes singled to left center and moved to third on a ground rule double by Brett Gardner, a fly ball that bounced just inside of the left foul line before falling into the left field stands on the foul side. Gary Sanchez then doubled to left, scoring both Torreyes and Gardner.  The game was tied at 3.  Twins manager Paul Molitor had seen enough and pulled Colon in favor of reliever Ryan Pressly.  But the results were no different.  Aaron Judge singled to center to score Sanchez and after Matt Holliday struck out, Didi Gregorius blasted a two-run homer to right. The Yankees had their first lead of the series, 6-3.

The Twins came right back in the bottom of the 5th and it looked like they might get some runs back.  Miguel Sano doubled to left and Max Kepler singled to right, moving Sano to third.  Fortunately, Chasen Shreve struck out the next two batters and induced Jorge Polanco into an infield popout to leave Sano stranded at third.

The Yankees loaded the bases again in the 6th inning but Matt Holliday hit a grounder for the final out leaving the bases full.  From there it was up to the Yankees bullpen.  Adam Warren was great.  He pitched two innings of hitless ball in the 6th and 7th, striking out 2.  From there, it was a high wire act with Dellin Betances and Aroldis Chapman.  Robbie Grossman doubled off Betances to open the bottom of the 8th.  After striking out Eddie Rosario, Betances hit pinch-hitter Eduardo Escobar with a pitch.  He struck out Jason Castro but walked the dangerous Brian Dozier to load the bases.  Zack Granite hit a hard fly ball to right looked to be trouble for a second but it fell short of the wall into Aaron Judge’s glove for the final out.  A few groans from the Target Field crowd…

Aroldis Chapman took over in the 9th but it was not easy.  He walked Joe Mauer on a full count to start the inning.  A wild pitch moved Mauer to second and eliminated the possibility of a double play.  Miguel Sano grounded out, Ronald Torreyes to Garrett Cooper, moving Mauer to third.  Fortunately, Chapman retired the next two batters for his 10th save as the Yankees evened the series at a game apiece.

Throughout the game, I was keeping an eye on the Los Angeles Dodgers game in Chicago against White Sox.  Todd Frazier had been held out of the game, and neither David Robertson nor Tommy Kahnle pitched despite Chicago’s use of multiple pitchers in the 1-0 loss to Clayton Kershaw and the Dodgers.  The White Sox game ended before Aroldis Chapman shut down the Twins.  Interestingly, Tyler Clippard, one of the rumored players going to the White Sox (which turned out to be true), was warming with Aroldis Chapman in the top of the 9th inning and might have come into the game had the Yankees been able to add to their lead.

The Yankees conclude the series in Minneapolis this afternoon.

The Yankees Are Officially Buyers…

What is old is new again!  The question whether the Yankees would be buyers or sellers or hold pat was answered after the game when the rumored deal with the White Sox became official.  In exchange for New Jersey native Todd Frazier and former Yankees David Robertson and Tommy Kahnle, the Yankees sent their #4 prospect, outfielder Blake Rutherford, LHP Ian Clarkin, OF Tito Polo and reliever Tyler Clippard to Chicago.

I am sad to see Rutherford go but all things considered, it is a position of depth and there is still a possibility the Yankees could make a run at Bryce Harper when he becomes a free agent so Rutherford was a bit redundant (particularly given the breakout performance of Double-A outfielder Estevan Florial).  I’ve always liked Ian Clarkin and had hoped that he would eventually find his way to the Bronx after injuries prevented the lefty pitcher from advancing more quickly.  Polo is an unranked prospect that the Yankees acquired from the Pirates in the trade that sent Ivan Nova to Pittsburgh.  I am obviously not disappointed to see Clippard go, especially since Robertson and Kahnle represent significant bullpen upgrades.

I remember being so disappointed when the Yankees lost Tommy Kahnle to the Colorado Rockies in the 2013 Rule 5 Draft and he stuck with the Rockies for the entire year.  I was very aware of him when the Rockies traded him to the White Sox last November.  He was a good reliever in Denver and has been even better for the White Sox.

I hated to see David Robertson leave via free agency.  I remember when there was the potential that the Yankees could sign both Andrew Miller and David Robertson but inevitably they chose to sign Miller and take the compensation pick (SS Kyle Holder) to let the highly regarded Robertson sign elsewhere.  During his first year with the White Sox, he was placed on waivers after the trading deadline and the Yankees put in the winning claim.  There was no activity in trade talks but I remember the momentary excitement about Robertson’s possible return.

Todd Frazier has the ability to play first base in addition to third but time will tell whether Manager Joe Girardi uses Frazier or Chase Headley at first.  Given that Frazier is clearly a rental, I suspect that he’ll be the regular first baseman but that is Girardi’s decision to make.

With Clippard off the roster, the Yankees still have to make two moves today.  My immediate thought would be the demotions of Ji-Man Choi and Luis Cessa to Triple A.  But Garrett Cooper could be the odd man out if the Yankees feel he would be better served by starting every day for the RailRiders.

Also, it will be interesting to see if Clint Frazier gives up #30 to Robertson.  I personally think he should.  He had no prior attachments to the number.  As for Todd Frazier, he wears Paul O’Neill’s number which has not been retired.  I wonder if he is forced to choose a new number or if the Yankees finally allow the number to be worn again.  All things considered, it is just a two month rental so it probably makes more sense to keep #21 in moth balls.

Welcome (or welcome back) to the Yankees, Todd, David and Tommy!

To make room on the active roster for RHP Luis Cessa who started Tuesday’s game, the Yankees optioned RHP Bryan Mitchell, Monday’s starter, to Triple A.  Poor Mitchell, he’s probably getting tired of the Bronx-to-Scranton Shuttle.

On Tuesday, the Minnesota Twins placed former Yankees pitcher Phil Hughes on the 60-day disabled list.  I guess I really haven’t been following Hughes’ career in the Twin Cities, but I did not realize that he’s been battling Thoracic Outlet Syndrome (TOS).  As defined by Wikipedia, TOS is a condition in which there is a compression of the nerves, arteries or veins in the passageway from the lower neck to the armpit.  He had part of a rib removed through surgery last year and is experiencing recurring symptoms which could lead to the removal of the remainder of the rib to alleviate pressure.  I sincerely hope that Hughes is able to get medical treatment he needs and is able to make a complete recovery. 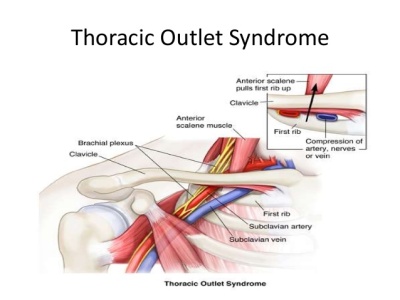 Have a great Wednesday!  A wonderful day to grab a victory and hop a plane for the Great Northwest!  Let’s Go Yankees!