I feel vindicated in my belief all season that the Yankees needed to jettison some of the larger contracts and go young.  There has not been one point this season that I’ve felt the 2016 Yankees are capable of going to the World Series.  They have been, and remain, within distance of the last Wild Card berth, but seriously, this team is about as capable of winning a play-off game as last year’s team. 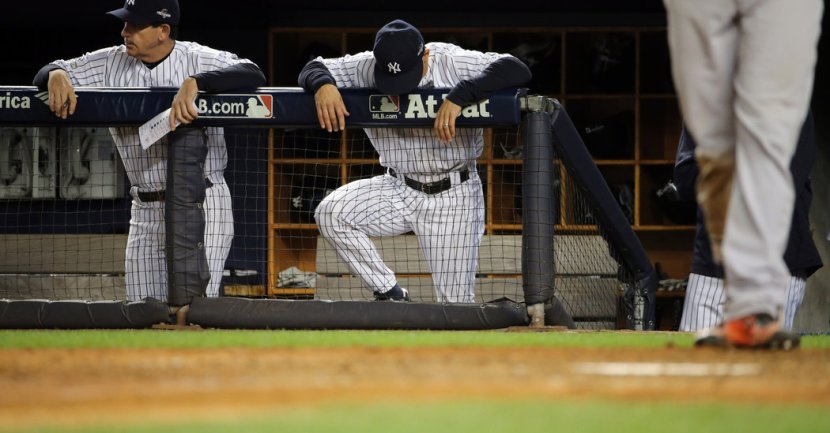 But things are changing.  The excitement and energy of the media-labeled “Baby Bombers” has been tremendous.  The August games have become the best games of the season.

Yankees fans have known about Gary Sanchez for years.  He surfaced on the radar as a teenager, and was at times the top prospect in the organization.  But his road did contain a few bumps along the way, and he exhibited signs of immaturity in his earlier minor league days.  He was also labeled as purely an offensive catcher.  Still, he has been nothing short of magnificent since his arrival on the main stage.

With 6 home runs and 12 RBI’s since relocating Brian McCann to DH, Sanchez has clearly proven he is the future.  It is hard to tell what his career will hold, but he brings promise that rings the names of Bill Dickey, Yogi Berra, Elston Howard, Thurman Munson and Jorge Posada among others.  He has guaranteed that McCann’s days as a Yankee will soon come to an end, even though it will take Cash* and cash to move him.  The bat has been as advertised, but it’s the defense that has truly impressed me.  Sanchez has shown that he can handle veteran pitchers, and he is already the owner of the most dynamic defensive plays of the year for the Yankees at catcher.  (*GM Brian Cashman)

OF Aaron Judge and 1B Tyler Austin burst onto the scene with back-to-back home runs in their first major league at-bat’s.  Judge has continued to hit even if Austin has not.  Yet, they’ve shown that their better days are yet to come.  Austin will most certainly yield first base to Greg Bird, when he returns from injury next spring.  Judge has grabbed a hold of right field and will not be letting go anytime soon.

Brett Gardner can continue making great plays in the outfield but even his time may be coming to an end.  While OF Clint Frazier will not be making an appearance this year (per Yankees’ management), he’ll be in Tampa next spring proving that he is nearly ready (if he’s not already there).  He’ll either take left field or slide Jacoby Ellsbury to left if he shows that he can play center field in the majors.

On the pitching side, the two off-season acquisitions from the Detroit Tigers have been great (Chad Green and Luis Cessa).  Cessa was the more heralded of the two prospects but Green has been the most impressive so far.  At the time of the trade, the Yankees were heavily criticized for moving an effective left-handed reliever (Justin Wilson) but in retrospect, the trade had to be made.  This was great foresight by Brian Cashman.  Without Green and Cessa, the pitching rotation would be in shambles with the loss of Nathan Eovaldi and the ineffectiveness of CC Sabathia as the season has progressed.  Even worse, if Green and Cessa weren’t Yankees, Ivan Nova probably still would be.  Time will tell if Green and/or Cessa are in the starting rotation, but right now, they are a significant part of the youth movement. 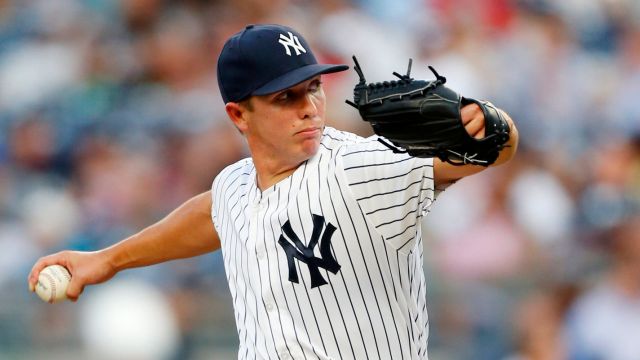 I am looking forward to the future major league arrivals of James Kaprielian, Dietrich Enns, Jordan Montgomery, Ian Clarkin, and Justus Sheffield as we will surely see some of those names next spring.

There is sadness with the departure of long-time Yankees, but for a team that looked so old just a couple of years ago, the future is young and bright.  The Boston Red Sox will be a force for years to come, thanks to their farm system.  At one point, there was a huge gap in the future outlook for both teams, but I think the Yankees have gone a long way toward bridging that gap.  I wish 2B Yoan Moncada was on our side instead of theirs, but the Yankees will continue to make the right moves to level the playing field.

Scranton/Wilkes Barre will continue to be a gold mine for the future of the Yankees.  Life is good…

Nothing against Tommy John, but I didn’t really want to hear his name again…

The Yankees were dealt a blow when it was announced that Nathan Eovaldi had to undergo two surgeries, including Tommy John surgery.  He had shown glimpses this year of the pitcher that he could be.  Now, assuming he stays in the Yankees organization, he will not re-appear until sometime during the 2018 season.

It had been long assumed that Masahiro Tanaka would be the next pitcher lost to TJ surgery so it was surprising that Eovaldi beat him to it.

I wish Eovaldi the best during his recovery and rehabilitation, and I do hope the Yankees find a way to bring him back given that he’ll most likely be non-tendered in the off-season.

With the loss of Eovaldi, I look for Brian Cashman to swing an off-season deal for a young pitcher with potential.  Of course, it also opens the door for more opportunity for the farm system.