To borrow a friend‘s words, it was a game that made you feel all warm and fuzzy inside… – SMILE!

While she (aka Julia) was referring to the last time the Red Sox won, they seem so appropriate for the last two Red Sox games (both losses to the Oakland A’s).  Julia, if you didn’t notice, we won our series against the A’s.  What’s the problem?  😉

To Boston’s defense, they tried to come back in both games, but as the saying goes, too little…too late…

In tonight’s game, the A’s had leads of 5-0 and 8-3, before the Red Sox chipped away and brought themselves within 2 runs in the bottom of the 9th.  Representing the tying run, J.D. Drew grounded out to end the game.  The night before, the Sox had a 6-2 lead, but it vanished, thanks primarily to several throwing errors in the 9th and the Sox were defeated 9-8 in 11 innings.  The A’s had scored 2 runs in the top of the frame, but the Sox added a run in the bottom of 11th before Dustin Pedroia ended the game with a fly out.

Of course, it makes for a very happy Yankees fan since the Bronx Bombers are now 3 ½ games up on the Red Sox in the AL East Standings.  Plus, they picked up a game on the Tampa Bay Rays by virtue of taking 2 of 3 during the past three days.  Life is good…

Without a game by game breakdown, the Yankees dominated the Rays with pitching.  Of course, the lone subpar pitching performance belonged to CC Sabathia who lost on Tuesday night.  I don’t need to read the headlines or the box score when CC pitches and I didn’t watch the game, I just look for the game photos.  If CC has a hand to his face, it means he was saddled with another “L”.

A.J. Burnett has continued to pitch like the ace that he is.  Since the Boston series in early June, he has been the premier pitcher of the staff.  Joba Chamberlain, tonight’s winner, has been the top tier pitcher as advertised since the All-Star Break.  In 21 2/3 innings since the All-Star Break, Joba has only given up 2 runs and has 19 strikeouts.  I guess he’s been paying attention to Phil Hughes.  Seriously, if he continues to pitch like this, the Yankees will definitely be playing games in October.

The warts that were revealed in the Rays series is that Brian Bruney cannot be trusted in the 8th inning…at least not yet.  Also, Nick Swisher’s fielding leaves much to be desired and he is definitely not the right guy for a full-time right field responsibility…regardless of how much I like the dude and how much his personality has meant to the 2009 Yankees.  The last concern, that I have, is center field support for Melky Cabrera while Brett Gardner is out.  I keep thinking that Austin Jackson would be the perfect guy to call up from AAA Scranton, but then again, I really feel that Shelley Duncan deserves another shot.  Brian Cashman has a tough job with difficult decisions, I am glad that he is receiving the Steinbrenners’ money and not me.

So, Brett Favre has decided to hang up the cleats, huh?  I have to admit that I had mixed feelings.  As much as I publicly voiced my opposition, there was a part of me that wanted to see the former Packers rival suit up in purple and gold.  I am not 100% sold on Tavaris Jackson or Sage Rosenfels, and I think the Vikings have a great window of opportunity this season.  Unlike the Patriots or the Steelers or even the Cowboys, the Vikings will not have the sustainability to remain Super Bowl contenders.  When I was a kid, I took the Vikings’ repeated appearances in the Super Bowl for granted.  I thought that it would only be a matter of time before there was a ticker tape parade in Minneapolis.  Unfortunately, that day has never come.  Years ago, I made a bet with my uncle, a devout Chiefs fan.  We bet $10 (hey, I was only a teenager, c’mon!) regarding whether the Vikings or the Chiefs would win the Super Bowl first.  If neither team made it that year, we’d add 0.50 cents to the pot each year.  So, this year’s pot is a ******** $26!  So, perhaps Brett Favre has cost me the price of a half a tank of gas!  LOL!  As a native Iowan, I would like to see Sage Rosenfels, a fellow Iowan, surge to the type of late season success that was enjoyed by former Viking QB Rich Gannon in his later years in Oakland.  I am also pulling for former USC QB John David Booty, who currently wears the #4 jersey that would have been taken by Favre.  But, I am not against T-Jack if he can show in training camp that he is the man.  I want to win, so that means I simply want the best guy for each position and QB is not exception.  I have to admit that had Favre came back, I had serious doubts about his ability to hold up for an entire season since he failed last year.  Obviously, Brett had the same doubts… 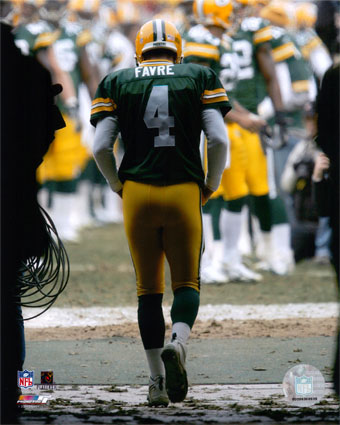 On my last blog I mentioned the Batting Stance Guy.  I was not familiar with him until a recent appearance on the Late Show with David Letterman.  Here is another video classic for my friend Julia: